skip to main | skip to sidebar

There'll be trains of blossoms

MEET ME, CAPTAIN ST. LUCIFER.
DARLING I'LL BE THERE.
DON'T YOU KNOW?
Every winter I get obsessed with some song or band. Winter of 2006 it was definitely early 90s house music: Crystal Waters, Uncanny Alliance. Also Planningtorock, and that song "Yes Sir, I Can Boogie" by Baccara.

Last winter it was Lykke Li and Dot Allison and Dusty Springfield. And I was bumming so hard, for some reason. Acting the proverbial fool.

Anyways, it's winter again and this year all I want to listen to is Laura Nyro. 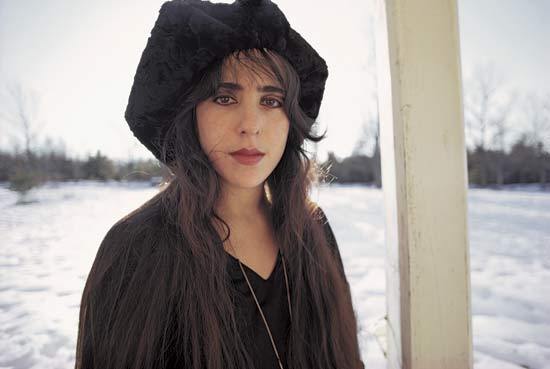 I'm reading Michelle Kort's biography of her, which is reverent to a fault, almost. But I'm learning a lot. I know, I know, that everyone talks about Eli and the Thirteenth Confession as being the masterpiece, but for my money New York Tendaberry is quickly becoming one of my favorite records of all time ever. And she was (hello!) 22 years old when she made it. Insane, huh?

All of the songs are so tight, and clever. There're like symphonies in each little refrain. I was trying to describe the music to someone by saying that it's all hooks. It's the hooks and melodies of three songs, but playe together as one. I think Tendaberry might be my favorite because it's so much sparser and darker. It doesn't even invite you in, it seems polarizing, like someone cuts off the lights, some of you will be able to navigate and some you will not. Also: it has the 'Captain' songs ("...for Dark Mornings" and "...Saint Lucifer", natch). It's just so difficult, it's the sound of someone figuring out how they feel, and then changing their mind.

She's said, on the subject of Columbia's decision not to renew her contract with them: "I feel like a soul mother in my prime, even if Columbia doesn't." Her songs are like houses and boats because just from looking at them you can tell their structures serve a purpose and have been shaped by someone. I sound like so sentimental and I don't even care. It's 2009 and I'm working on some techno songs, and proto-singer-songwriter stuff is profoundly uncool. I know. I am fucking OBSESSED with "Stoned Soul Picnic". It's been covered a million times and almost always fail. So much of the appeal of the song is the totally nuts vocal arrangements. Also the word "surry" isn't an actual work, Nyro chose it because it "sounds nice". Yes Elizabeth Fraser. Yes, that's right, make up a word and make that money, girl. If you have the good fortune to be invited to hang out with me at all this winter, I will probably make you listen to this song again and again and again.

"Come along and surrey on sweet trains of luvvvvv...Surrey on down. Can you surrey?

It's 2009 and I'm working on some techno songs, and proto-singer-songwriter stuff is profoundly uncool. I know. I am fucking OBSESSED with "Stoned Soul Picnic".

This made me so happy! I can find plenty of friends to blab on to about Chromophobia, but I'm on a never-ending quest to find a guy that appreciates Laura. So far I can count on one hand the men that do this and also would appreciate dating a female.

Love your blog, it's really engaging and I'm definitely going to follow it. Kind of a nice surprise to find out we're both 25. :)

P.S. Not to lump you in with wanting a female - I'm just always glad to meet any Laura freaks.

WHO IS BILLY CHEER?